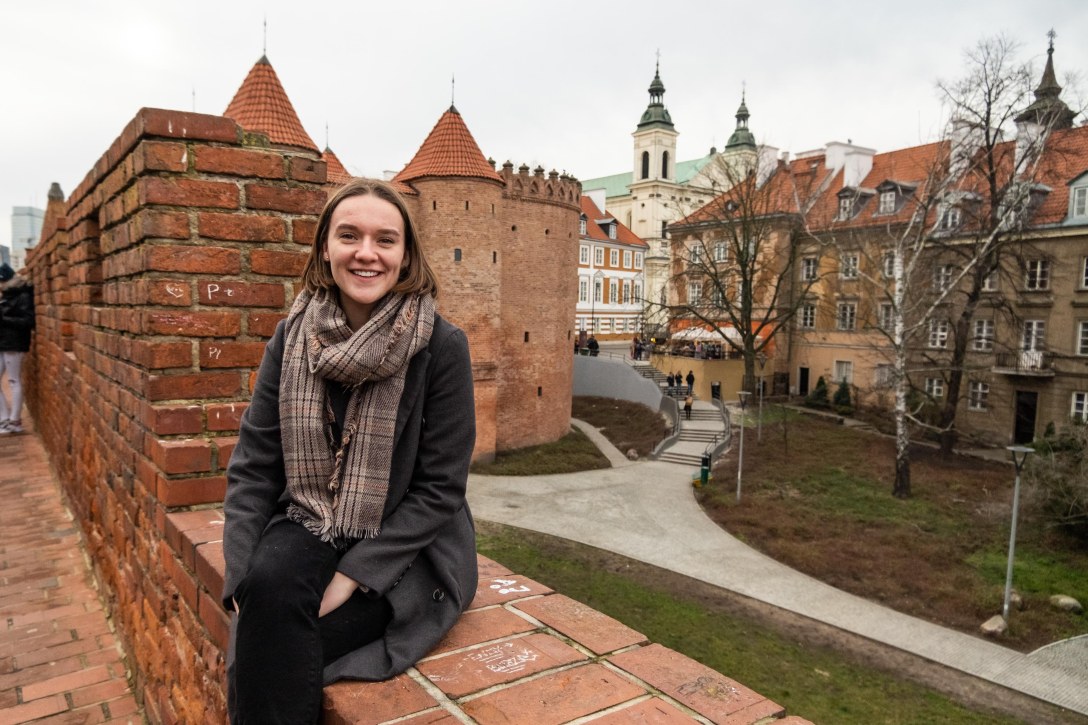 Before moving back down to college, I went on a hunt for my SD cards.

The thing is, I have a carrier for them. It’s small, padded, with multiple pouches for multiple cards. I keep it in my camera bag, right next to my charger. It’s all perfectly logical. Of course, my SD cards are rarely to be found in this carrier—hence the hunt.

One card was located safely within my camera, where it had recently been put to use. The second was in a pencil pouch, nestled between pilot pens and unsharpened pencils and containers of 7mm lead. I don’t even remember where the third was, but I do remember feeling very lucky to have found it at all.

All of them were cluttered with photos—some from before Rome, some from during, and some from after being sent home. And on that third SD card, I found photos I didn’t even know existed.

I somehow managed to forget that I’d brought my camera with me on a weekend trip to Warsaw, Poland. I thought the photos on my phone were all the documentation I had of that trip. Finding over 100 more photos on that card felt like striking gold, like receiving a letter from an old friend.

Last week, I finally got around to editing these recovered photos.

“Did it make you sad?” John asked. He’d seen me grapple with sorrow when I began editing my way through hundreds of Rome photos. But Warsaw was different—my roommates and I went for a weekend, with no expectation of ever coming back. Because of this, the memories are sweet.

Like meandering out to the Ujazdów Castle at dusk, and walking through the sobering halls of the POLIN, and eating the best dang meals we’d ever had. Like stumbling across a war monument at night, and finding what appeared to be a Christmas market in February, and marveling at the picturesque Old Town. Like finding the actual bone shards of saints in local churches (so metal). And eating three pączki in the span of one afternoon. And almost crashing a wedding at a local church. And reflecting on how dang cool Marie Curie was. And and and… the list goes on.

Warsaw is a beautiful, resilient city. She earned the moniker “Phoenix City” because of how she rose from the rubble of two World Wars. I’m not going to dive too far into a metaphor here, but maybe we can learn from her.

I hope this post doesn’t feel tone-deaf to what’s happening in our world. I must confess I’ve been at a loss for words lately. There’s plenty I could comment on, but anytime I sit down to write, I feel a sense of sad futility. So many opinions are constantly being shared; people much more informed than me have already said everything I want to. Trying to enter into the fray makes me feel a bit anxious.

Maybe this is a self-defeating mindset. Maybe, moving forward, I’ll have to work on it. But for now, here are some simple photos of a place that brought me happiness.

View all posts by emma grace